I went travelling from 18 Nov – 18 Dec. I’m now blogging about some of the places I went to… posts are not written in chronological order.

London. This city felt like a massive mug of hot chocolate, and I was… a molecule of cocoa, or a trickle of milk. An ant in an entire universe of ants. Blending right in; it didn’t seem to matter who I was or what I was like. I mean, the people were a wacky blend and yet it all seemed to fit somehow in a creamy kind of way. We all co-existed in the subway, face to arm, foot to luggage wheel, while a hundred different accents formed a spontaneous orchestra in each carriage. The streets and buildings were rich with history, and they stood ever so stately, bowing to you as you walked pass.

Darkness fell upon its streets at 4pm every night that I was there, but for what it’s worth – I like London. 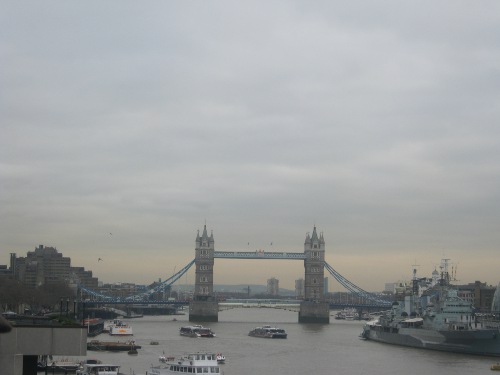 This laundrette was one of the first things I saw in London. I washed my clothes and chatted with a lovely English lady here. I felt normal again after a few weeks of travelling and living a tourist life (and yes, no qualms about it, the tourist life is tiring after a while).

Nish and I got some groceries and cooked for some of her housemates. It was a real relief to step into a kitchen and peel potatoes and glaze carrots after SOOOOO LONG!

(Side note that the supermarket here made me very homesick for the produce that we have in New Zealand… it made me realise how lucky we are here!)

The kitchen was unfortunately left in less than perfect shape (poor Nish!), but we cleaned it up and eventually had a jolly good dinner (thanks Nish!) – pork & sage-stuffed roast chicken, garlic mashed potatoes, brown sugar carrots, broccoli and some suspiciously gooey chocolate cake (the latter not homemade)… :-) I also have to confess that I found out on this trip that I do not know how to make gravy from a packet – it was a gloopy puddle that would have been better off in a bin, except I thought… well, how could we not have gravy with meat in London?!

I do hope that I shall never insult a table with gravy like that again.

Sometimes, it is fun to have fancy placemats, sparkling cutlery, candlesticks and whatnot – but sometimes, the best meals are the kind where there is an abundance of hearty fare, you serve everything on impromptu dishes and eat in a bedroom with people you have just met (yes, about 8 of us did this that night). It was one of the most memorable things about my time in London!

And here is a very lively reindeer we saw at Covent Garden.

This entry was posted in All, Impromptu, My chef friends, P, Travelling and tagged dinner, friendship, london. Bookmark the permalink.

3 responses to “London and Nish”