I am now too sleepy to think of a fun title. 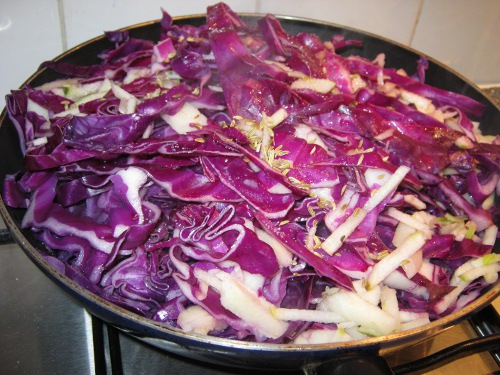 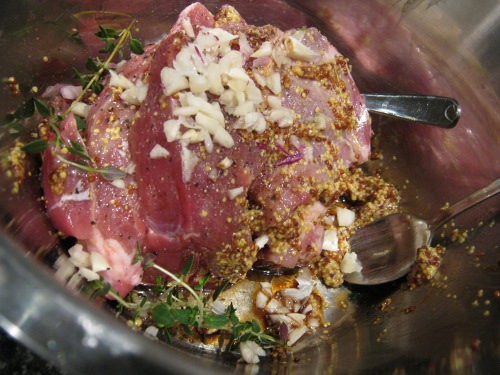 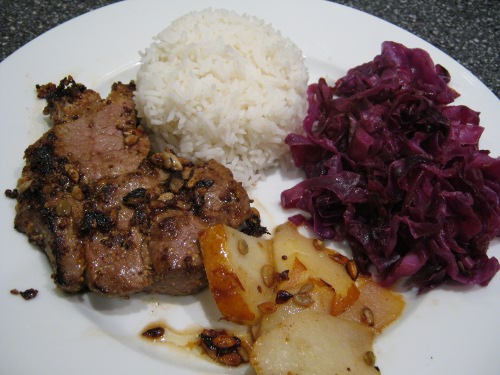 Pork marinaded in an impromptu coat of thyme, mustard, fresh garlic, soy sauce, salt, pepper. Seared so it was brown and barbequed in appearance, then cooked on lower heat till tender in the middle.

Red cabbage braised with granny smith apple matchsticks, apple cider vinegar, honey and fennel seeds, inspired by Molly Wizenberg. I wasn’t initially taken by the idea of preparing a cabbage dish, much less serving it to my new flatmates… but. you know, I might just make this again. It’s sweet and tender and juicy and faintly, whisperingly crunchy… and it’s gently spiced with an aroma and taste of something I can only describe as reminiscent of herbs and licorice (from the fennel seeds) – which sounds like a candy flavour Willy Wonka would invent to punish naughty children with, but is actually really comforting and flavourful.

White rice. So simple with a rice cooker… I’d forgotten just how easy.

And that was all plated and named “dinner”, an experiment which took but an hour to prepare and which F & J gamely ate.

Posted in All, Impromptu

It is a solemn thought: Dead, the noblest man’s meat is inferior to pork.
~ Mark Twain

Over the weekend, we went walking along the waterfront… we still needed our coats, but the sun made its welcome presence felt nevertheless! 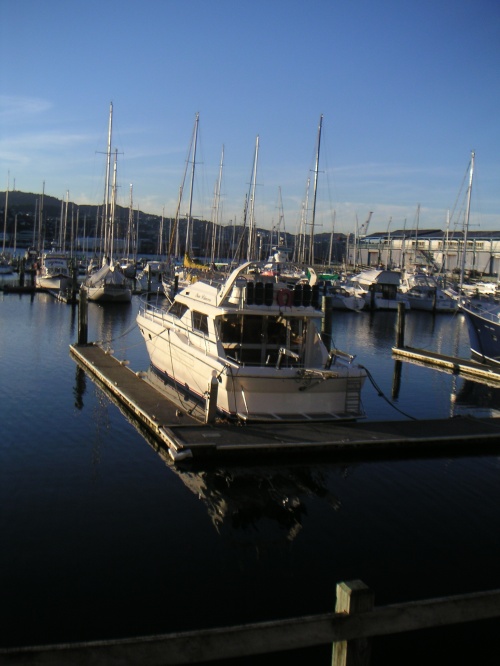 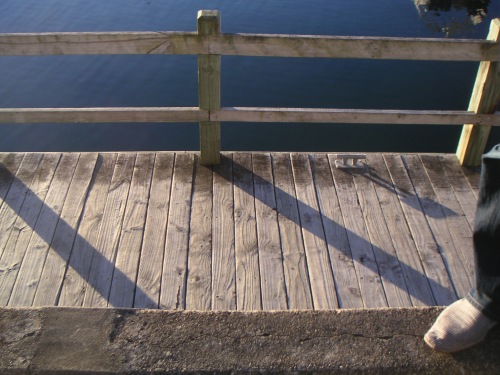 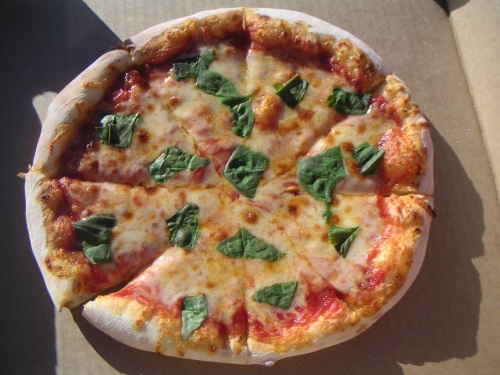 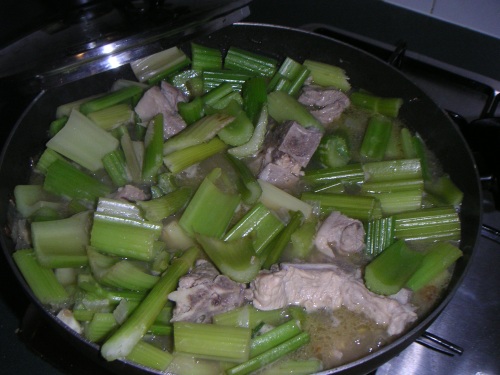 This was a dish that smelled wonderful from the beginning – even when it was just sauteed onions and pork chunks in the pan. With the addition of garlic and some frothy sauvignon blanc it took on extra character – by the time my fingers smelled of celery & fennel, it felt so good just to stand and breathe. This dish took some time (almost 2 hours) to cook – a perfect way to get some reading done in between! 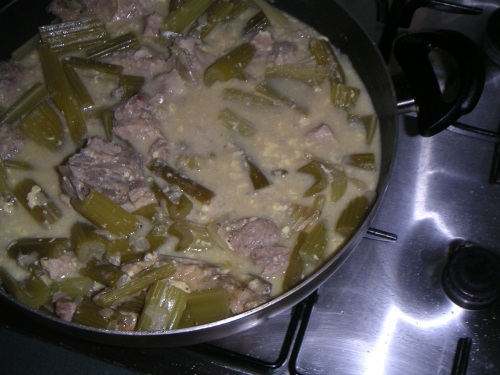 Alas, the eggs scrambled a little in the pan – it’s so important to mix the eggs in well before squeezing in the lemon, I learned! We ate the lot with slices of Vienna bread. Jono liked it, I liked the soft pork and the sauce, but not the abundance of cooked celery – as for Matt and John, I am not sure! :-/

PS. Thanks everyone who has commented and/or entered the giveaway draw so far – there are still 11 hours to go before the draw, so join in if you haven’t!

Posted in All, Falling Cloudberries, Pork

The Pig, if I am not mistaken,
Gives us ham and pork and Bacon.
Let others think his heart is big,
I think it stupid of the Pig.
~ Ogden Nash 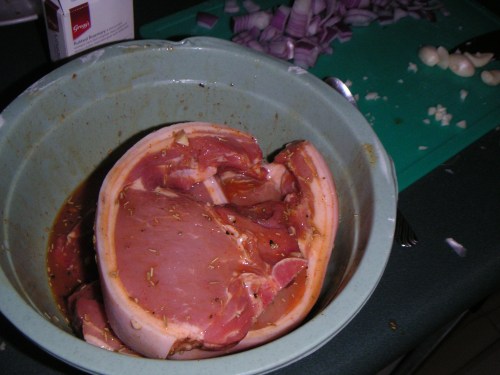 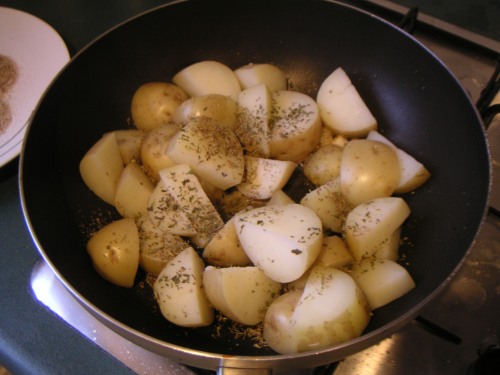 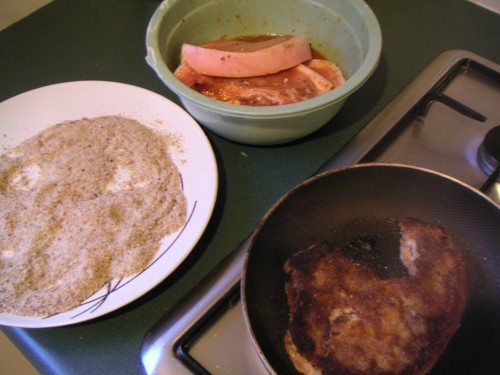 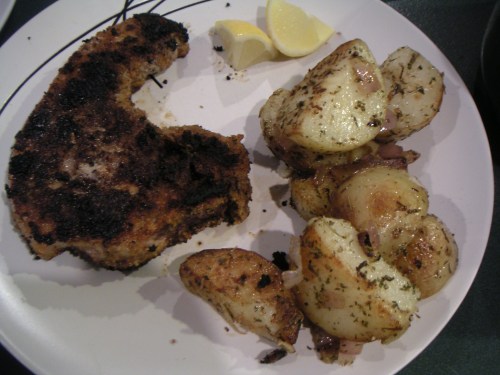